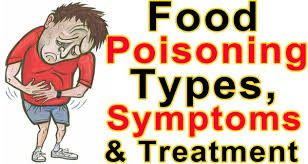 Foodborne illness, more commonly referred to as food poisoning, is the result of eating contaminated, spoiled, or toxic food. The most common symptoms of food poisoning include nausea, vomiting, and diarrhea.

Although it’s quite uncomfortable, food poisoning isn’t unusual. According to the Centers for Disease Control and Prevention (CDC), 1 in 6 Americans will contract some form of food poisoning every year.

If you have food poisoning, chances are it won’t go undetected. Symptoms can vary depending on the source of the infection. The length of time it takes for symptoms to appear also depends on the source of the infection, but it can range from as little as 1 hour to as long as 28 days. Common cases of food poisoning will typically include at least three of the following symptoms:

If you experience any of these symptoms, you should contact your doctor immediately.

Most food poisoning can be traced to one of the following three major causes:

According to the CDC, an estimated 1,000,000 cases of food poisoning, including nearly 20,000 hospitalizations, can be traced to salmonella infection annually. Campylobacter and C. botulinum ( botulism)are two lesser-known and potentially lethal bacteria that can lurk in our food.

Parasites can live in your digestive tract undetected for years. However, people with weakened immune systems and pregnant women risk serious side effects if parasites take up residence in their intestines.

Food poisoning can also be caused by a virus. The norovirus, also known as the Norwalk virus, causes over 19 million cases of food poisoning each year. In rare cases, it can be fatal. Sapovirus, rotavirus, and astrovirus bring on similar symptoms, but they’re less common. Hepatitis A virus is a serious condition that can be transmitted through food.

Pathogens can be found on almost all of the food that humans eat. However, heat from cooking usually kills pathogens on food before it reaches our plate. Foods eaten raw are common sources of food poisoning because they don’t go through the cooking process.

Occasionally, food will come in contact with the organisms in fecal matter. This most commonly happens when a person preparing food doesn’t wash their hands before cooking.

Meat, eggs, and dairy products are frequently contaminated. Water may also be contaminated with organisms that cause illness.

There are some populations that are more at risk than others. Anyone with a suppressed immune system or an auto-immune disease may have a greater risk of infection and a greater risk of complications resulting from food poisoning.

According to the Mayo Clinic, pregnant women are more at risk because their bodies are coping with changes to their metabolism and circulatory system during pregnancy. Elderly individuals also face a greater risk of contracting food poisoning because their immune systems may not respond quickly to infectious organisms.

Children are also considered an at-risk population because their immune systems aren’t as developed as those of adults. Young children are more easily affected by dehydration from vomiting and diarrhea.

Food poisoning can usually be treated at home, and most cases will resolve within three to five days.

If you have food poisoning, it’s crucial to remain properly hydrated. Sports drinks high in electrolytes can be helpful with this. Fruit juice and coconut water can restore carbohydrates and help with fatigue.

Avoid caffeine, which may irritate the digestive tract. Decaffeinated teas with soothing herbs like chamomile, peppermint, and dandelion may calm an upset stomach. Read about more remedies for an upset stomach.

It’s also important for those with food poisoning to get plenty of rest.

What’s good to eat when you have food poisoning?

It’s best to gradually hold off on solid foods until vomiting and diarrhea have passed and instead ease back to your regular diet by eating simple-to-digest foods that are bland and low in fat, such as:

What’s bad to eat when you have food poisoning?

To prevent your stomach from getting more upset, try to avoid the following harder-to-digest foods, even if you think you feel better:

You should also avoid:

While having food poisoning is quite uncomfortable, the good news is that most people recover completely within 48 hours. Learn more about what to eat after food poisoning.

Food poisoning can be life-threatening, however the CDC says this is extremely rare.

The best way to prevent food poisoning is to handle your food safely and to avoid any food that may be unsafe.

Some foods are more likely to cause food poisoning because of the way they’re produced and prepared. Meat, poultry, eggs, and shellfish may harbor infectious agents that are killed during cooking. If these foods are eaten in their raw form, not cooked properly, or if hands and surfaces are not cleaned after contact, food poisoning can occur.

Read Also: 22 High Fiber Foods we have and their Contents

Other foods that are likely to cause food poisoning include:

Always wash your hands before cooking or eating food. Make sure that your food is properly sealed and stored. Thoroughly cook meat and eggs. Anything that comes in contact with raw products should be sanitized before using it to prepare other foods. Make sure to always wash fruits and vegetables before serving.

Meaning and Process of Marketing Communications 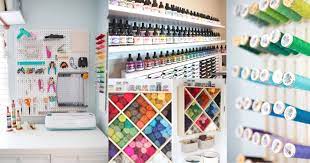 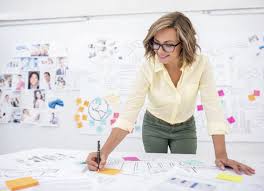 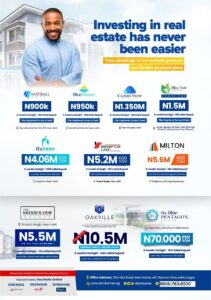