My name is Jafaru and I am in Primary Four. My greatest phobia is basically on slimy things. I hate anything that was sticky and slimy. For this reasons, I hate to eat anything that is clammy in nature. Hence, you probably will not find me eating okra soup or any other kind of food that is slimy.

One person who knows this very well is my elder sister, Aisha. She knows how I hate with so much passion anything that is sticky.

Aisha is in Primary Six but isn’t quite as intelligent as I am. My father, Mallam Nasir, had always said I was going to become a doctor.

”As for Aisha,” he would stress. “She’s very dull. Maybe, I shall send her to learn a trade so she could be useful to her husband.”

I noticed that anytime my father said such things, Aisha would grumble and make some very annoying remarks.

“You think you are intelligent because you came first the last time,” she would say referring to me. “You aren’t   going to become a doctor. You’ll become a mechanic because when you get to Primary Six, you’ll not be able to make much progress academically anymore.”

Whenever she said a thing like that to rebuke me or make me feel bad, I’d rush at once to my mother.

“Mama,” I’d call my mother.  “Aisha said I will become a mechanic.”

Such complain would elicit a frown and angry remarks from my mother. But then, they had never stopped Aisha from being who she was. She was forever making jest of me and trying to make me get angry. She was always saying things that will infuriate me. Always trying to make me feel bad. Always antagonizing me with the intent to demoralize me and make me feel very unimportant.

“She envies you a great deal and thinks you are better than she,” my mother would say to placate me. “She antagonizes you in other to make you feel very bad and unimportant but you are a hero and I think you’ll indeed become a doctor or perhaps a lawyer. You will make this country and everyone of us proud.”

I love my mother so much because she was always saying things that made me feel very proud and important. My mother is certainly the exact opposite of my sister, Aisha. She was always there to make me and my other siblings feel loved and wanted.

“She wants to make you feel good,” Aisha would counter what my mother had said. “You have a big head and big- headed people can never be doctors or lawyers. look at doctor Idris, does he have your kind of head? Or perhaps, doctor Yakubu who work at the general hospital, does he have your kind of head? Certainly not! Tomorrow, I shall take you to Hamza, the mechanic down the road to Nassarawa.

He has your kind of head; exactly big like yours.”

I listened as she reeled out those hateful words and when she’d finished, I burst into tears and cried my eyes out.

I tried to imagine what she’d told me by looking in the mirrow.i was shocked to see that indeed my head was a big one; bigger than doctor Idri’!  Bigger than doctor Yakubu’s! Was she right about the fact that big-headed people could never be doctors?

I kept looking in the mirror to compare my head with that of doctor Yakubu’s or Idris’!  The more I looked in the mirror, the angrier I became. Perhaps she was right. Maybe my parents were truly economical with the truth. Maybe; they just wanted me to feel good as Aisha had pointed out. Perhaps I was never going to be a doctor. Like Hamza who had a mechanic Workshop along Nassarawa road, my destiny as a big-headed person was to end up that way.

I cried the more as I stared in the mirror.

The next day, without sharing my grief with anyone, I went out to find out myself if what Aisha had said was anything that was close to the truth. I found a mechanic workshop somewhere near my street. There I sat on the bonnet of an old car and began to assess the heads of all the mechanics at the auto workshop. To add to my sorrow and pain, it seems to me that they are all big heads.

So it was indeed true! My destiny as a future mechanic was certain. I had a big head and all the mechanics I’d seen that day had big heads! Aisha was indeed right!  I was destined with my big head, to become an auto mechanic and not a doctor!

I headed back home feeling more dejected than I was when I’d left the house that morning.

“Why do I have a big head?” I threw miserably at my mother when I got home that morning. “Why didn’t you make my head smaller when you gave birth to me?”

Confused, my mother stared at me.

“What is wrong with your kind of head?” she echoed still storming   me that confused look.

“People with my kind of head can never be doctors;” I murmured.

I told her what Aisha had told me the previous day and what my findings a while ago had been.

“All the mechanics I saw have big heads! All of them!”  I garbled dejectedly.

My mother was angry. She summoned Aisha immediately.

“ Why did you tell Jafaru he can never be a doctor? Who told you a thing like that?”

“That was what I heard,” she said in defense. “I heard big-headed people can never be doctors.”

Infuriated by her remark, my mother warned her very hotly; “you must never tell him a thing like that again. He is a very intelligent person and intelligent people end up becoming doctors, lawyers and architects. Jafaru   will definitely become a successful engineer, doctor or writer in future because he is a very brilliant person.”

My mother dismissed the two of us immediately. I was glad because she was able to douse the tension. I felt very proud because my mother was able to make me a hero once again with her remark.

As we both headed out of the room, she turned and said to me in a low tone;

“Do you know professor Awal?”

I shook my head in negation. I knew she was pleading me yet in another of her mischievous ride. I wasn’t supposed to be listening to her but somehow, she had a way of making me grant her audience.

“Who is professor Awal?” I echoed staring at her and snorting in the process.

“You mean you don’t know who professor Awal is?” she threw challengingly.

I shook my head again.

“You want to become a doctor and you don’t know who professor Awal is?” she smacked her cheeks. “Anyways, that man read so many books and was said to be very intelligent but today, he’s like a mad man. He too has your own kind of head .he was supposed to become a mechanic like Hamza but he chose to be a doctor and so he read so many books. Today, it has affected his head and now he behaves like a mad man.”

Anger brewed in my stomach as she told me the story.

“It’s a lie!” I blurted irritably when she’d concluded her tale. “It’s a lie! There is nobody called professor Awal.”

“You can go and ask mama about him if you doubt my story,”she narrowed obviously happy that she was in control of events. Mama will tell you all that you need to know about professor Awal. Listen, people with big heads are supposed to be mechanics and labourers but when they force themselves to become doctors or engineers, they run mad eventually like professor Awal.

My heart sank into my stomach. She probably was telling the truth or else, she wouldn’t have confidently told me to go and ask my mother. “Where does professor Awal lives?”I asked gravely. I could see the smirk on her face.

“He lives two streets away,” she replied. “There is no one in the whole of kakuri that has read up to half of the books that professor Awal has read.”

“How did you know? Who told you that?” my eyes blazed.

“Ask anyone you wish to confide in but don’t tell them I told you.”

The hair on my neck bristled.

Connection Between Marketing and Sales 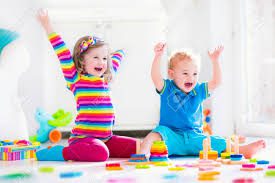 The Amazing Benefits and Relationship Between Kids and Toys 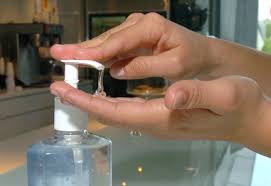 How to Make Hand Sanitizer