“Did you see him?” Aisha threw as soon as she saw me.

Still panting and gasping for breath, I muttered:”yes, he’s a mad man with a voice that sounded like thunder. He has never combed or shaved his head.’’

“I told you but you did not believe me. Did you not see that his head is same as yours?”She echoed triumphantly.

I did not respond to the question but deep in my heart I’d made my decision. I’d decided not to bother myself again with reading or going to school any more. It was of no use .I was destined with my big head to become a mechanic or labourer. I was never going work myself up and end up like professor Awal; tormented by excessive reading.

Never! My parents were only being economical with the truth. Aisha was right after all!

That evening when my father returned from work, I went to meet him with my complaints.

“Haba   Jafaru,” blinked my father. “Why do you say a thing like that? You are a very brilliant person and brilliant people are supposed to love education more than anyone else.

I wasn’t sure now if he was telling me the truth. I told him what happened that day and my conviction that with my big head I could only end up as a labourer or mechanic

“NO,” my father shook his head. “Do not let anyone deceive you. You are a great person destined to become a doctor or engineer. It is a lie they told you. Professor Awal isn’t mad. He isn’t and has never been. He is a nice man. He has been like that all his life. He is a man who likes to live a very quiet life. He is as sane as you and me.”

“It’s his nature,” nodded my father. “He just loves to be like that.”

“Doesn’t he have a family?” I threw very still curious.

“He does,” replied my father. “His wife and children stay in Zaria. Professor Awal just loves to be alone.”

I heaved a long sigh and told him all that Aisha had told me that day. Furious, my father asked her to kneel down and I watched with excitement as he spanked her for misleading and deceiving me.

“You must not tell him a thing like that again or else I shall have your ears cut off and fed to the dogs,” he threatened as his anger blazed.

The next day was Sunday. To further confirm my father’s story about professor Awal, I left the house to see him again.

The gate, like the previous day was unlocked. I pushed it slightly and opened and ushered me into the compound.

I knocked on the door and when I heard no response, hurled my body into the house.

Professor Awal was still where I’d met him the day before; still sandwiched in his books and newspapers

He adjusted his big eye-glasses and looked at me queerly.

“You were here yesterday,” he said in that thunderous voice of his. But this time, I wasn’t scared anymore. I remembered my father had told me learned people were never disposed to harmful traits.

“Yes,” I nodded. “I was here yesterday but was scared of your voice and bushy hairs.”

Professor Awal chuckled and asked in a softer baritone what my name was.

That’s a good name.”He winked at me. “What class are you now?”

I told him the class I was in and he smiled broadly. He went to the refrigerator and fetched me a bottle of coke. He pointed at a chair and when I’d sat on it, he placed the bottle of coke on the table, opened it with a cork opener and urged me to drink.

I was beginning to feel very comfortable now. I didn’t know he was that friendly. As I sipped from the coke, I studied him from the corners of my eyes. When I’d drunk the drink mid-way, I ventured to ask him a question.

“Why do you read so many books?”

He smiled and replied that readers were leaders. “When you read so many books, you learn a lot and when you learn a lot, you know lot and you become champion.”

“And when you become a champion, what next?”I flipped, cutting him short.

“When you become a champion you lead people and open their eyes.”

I looked at him suspiciously. “But you are always here reading your books. How do you lead people and open their eyes from here?”

He chuckled. “That’s a brilliant question.”

He went to the shelf and exhumed about eight books from it. He tossed the books on the table before me.

“These,” he said pointing at the books he’d dropped on the table. “They are some of the books I’ve written and they are being sold all over the world.”

I grinned excitedly as I looked in the books and saw his photographs on every one of them.

“When people all over the world read my books, I lead them and open their eyes. I don’t have to move up and down. The books represent me and they do all the movement for me.”

I was impressed. Although he appeared to be lonely, he really wasn’t. All over the world, his voice was heard. He let and opened people’s eyes from his little bungalow. And people who misunderstood him- people like Aisha thought he was insane.

“How do you write?” I found myself asking curiously.

Again, the professor chuckled and began to tell me how he did most of his writing.

Again, I was impressed. He told me a lot of things that day and gave me some story books to read. He also gave me a note to my father and encouraged me to always read my books as only readers could grow to be great men.

“Thank you professor Awal,” I said and rose to take my leave.

“My warmest regards to your parents,” he said cordially.

“One more thing,” I gestured, pointing at his head.

“Should I invite a barber to come cut your hair for you?”

The professor chuckled, rubbed his hand on his head and said, “Great idea!”

Related: The Brilliant Boy And His Jealous Sister Chapter (2) 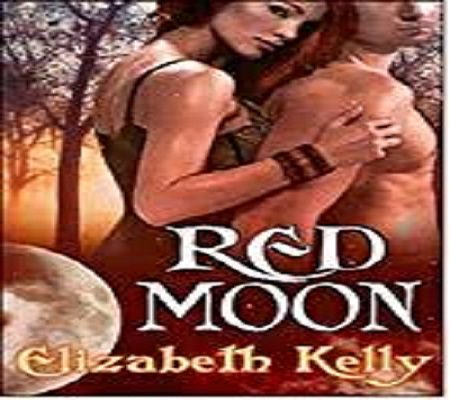 The Brilliant Boy and His Jealous Sister Chapter (1)

The Brilliant Boy And His Jealous Sister Chapter (4)