My relationship with professor Awal blossomed like a flower. He became like a second father to me. Sometimes he would come to our house and spend quality time with my parents and most Fridays he would go with my father in his 505 car to the mosque.

He also gave me many story books to read and that influenced my reading culture greatly. It also helped me greatly in my academics performance. I could spell words easily.

At the end of that term that season, I again grabbed the first position in my class. Professor Awal was impressed. He bought me more books and said I shouldn’t relent in my reading.

One evening he drove me in his car to the market and bought two big cocks. He then gave me the cocks and said .they was mine.

“Your performance in school was wonderful,” he said. “Take the cocks to your mother and tell her I said she should make good soup with them. I shall come to your house this evening to celebrate with you”

I thanked the professor and hurried home with the cocks. My father had returned from work when I came home carrying my prize with pride. I told them what professor Awal had said and they were all happy.

My father immediately slaughtered the cocks and mother instantly began to make preparation to make ‘tuwon shinkafa’and ‘miyan kuka’ with the chicken.

I was quite excited because ‘tuwon shinkafa ‘and ‘ miyan kuka’ was my favorite delicacy. I was also glad because it was my success in school that led to the celebration.

So, I went about grinning from ear to ear telling everyone that cared to listen what fortune my performance in school had brought for us.

Sometimes we make silly mistakes and sometimes too we just let ourselves get carried away.

I didn’t know why I went to the kitchen where Aisha was grinding pepper that was to be used for the soup that day. She’d been busy helping mother in one way or the other since I returned home with the fowls.

“Oh, we are going to enjoy today. Thanks to my success in school,” I bragged when I entered the kitchen.

Aisha was not happy with that remark. Anything about my academics performance usually gave her a lot of heart attacks.

“It’s not because of your success in school that he bought the cocks. It’s because father helped him to buy jalabiya from Monday market the other day,” She passed rather miserably.

“Shut up,” I said arrogantly. “You are just jealous because you took the twenty- ninth position in your class. You’ve never done well in academics before. Father will just send you to the tailor to learn a trade so you could be useful to your husband.”

That did a lot of damage to her psyche. I’d pierced the very dept of her heart.

“How dare you!” Aisha screamed. “You’ll not eat this food today!”

“You are just a loser,” I groaned, inciting her the more.

“How dare you!” she screamed again truculently.

I laughed out loud, obviously happy with myself. But that celebration did not last long enough.  Aisha simply did the unimaginable. She made a loud throaty sound as if she had gathered sputum in her mouth and bent over the pepper she was grinding. She used a pot cover to hide her side so that I did not see her face.

Then she raised her head and smiled mischievously at me. Instantly, I suspected what she had done. She had spat in the pepper. And that obviously was going to end up in the soup! Her saliva in the soup we were going to eat! It was the most disgusting thing I’d ever seen in my whole life.

Goose pimpled, I ran out of the kitchen to meet my mother.

“She has spat in the pepper!”I cried hysterically. But somehow, what I had said didn’t seem to make any sense as my mother went about doing her chores.

“She spat in the pepper!”  I cried again and again. But I still did not make any sense to anybody.

Madly, I rushed back to the kitchen hoping I could stop her from spicing the soup with that contaminated stuff.

But I was already too late.

Aisha was already adding the grinded pepper to the ‘miyan kuka’ on the fire. My heart sank into my stomach and for a while I felt the world spinning before me like a coin.

Madly again, I dashed out of the kitchen, Moaning, screaming and cursing under my breath. I rolled on the ground and kissed the earth. I wailed and scratched my body.

“What is wrong with him?” my father asked when he saw me crying.

Aisha made a face and shrugged, feigning innocence.  “He said he saw me spit in the pepper I was grinding but I didn’t do anything like that.”

My father believed her story. My mother too did. It beat their imagination to think that she could deliberately do a thing like that. It seemed to them very unlikely and impossible.

My mother ranted and cursed me for rolling in the sand and soiling my cloths.

“Get up now and go and wash your body before I descend on you!” she barked.

The battle to me had been fought and lost. I rose from the ground and still crying, disappeared into the bathroom.

That night when the food was ready and everyone including the good old Professor Awal, Was relishing it, I simply went to the inner room and lay on the bed – weeping.

Related: The Brilliant Boy and His Jealous Sister Chapter (1) 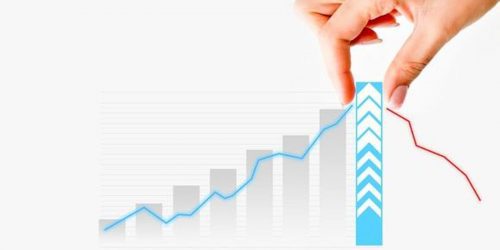 The 8 Importance of Business Intelligence 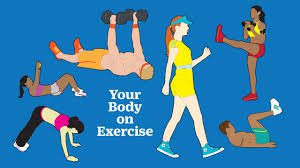 Types and Recommended Duration for your Physical Activity 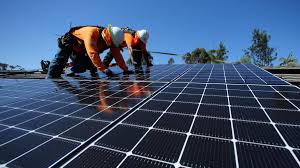