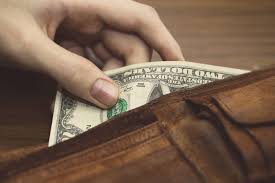 Personal finance can be such a complex matter that it can sometimes be hard to tell if you’re on track and making the right moves.

We’ve pulled together some top personal finance rules that cover the basics of savings, debt, retirement and homebuying.

None of these rules are perfect but they may give you a quick check to see if your spending, savings and money management is in the ballpark.

A common rule says you should save at least 10% of your take-home pay. If you’re earning $40,000 per year, that means you should be socking away about $333 per month.

“Your money can double later down the line and it really starts growing. This is why its more important to save a little now rather than to try to catch up later,” he says.

If you socked away money at that rate, invested it and earned 5% on it, in ten years you would have almost $53,000. But if you continued to save that amount for another ten years, you’d end up with $139,000.

During that time, you would have only contributed $80,000 to that amount, the rest would be earned from growth and compounding.

2. Have at least three months of living expensed in an emergency fund

Aside from your retirement money and spending money, you should aim to have an “emergency fund” with three to six months worth of living expenses.

This is designed to cover you for the inevitable unexpected large bills that come along in life. When your car breaks down, your roof springs a leak or you lose your job, you want to have some funds to cover the bills.

Mari Adam of Adam Financial Associates in Boca Raton, Fla., says this money should be stashed away in an “easily accessible” account that is strictly for emergencies.

“When you don’t have an emergency fund, you’re walking a financial tightrope and you risk having to fall back on your credit cards. Then you’re paying interest on the bill,” says Adam.

3. Get a life insurance policy worth at least 6 times your household income

A common rule says that you should have a life insurance policy that is worth between six and ten times your family income.

So with a combined family income of $80,000, you should have a policy of at least $500,000. This can vary depending on the number of children, future plans, size of the mortgage and current savings.

Barzideh recommends a term policy and says they’re relatively inexpensive. A person in their 30s could typically find a 20-year $500,000 policy for a premium of less than $300 per year.

That’s a small price to pay for the security that your family will be okay should something happen to you.

“You want to have at least enough insurance to make sure your family would be okay. It’s especially important for younger people who might not have as much in savings,” says Barzideh.

This rule says when buying a vehicle you should put down at least 20%, finance the car for no more than 4 years and spend no more than 10% of your gross income on total transportation costs.

Using this rule, you can find out how much of a total price you can really afford to pay for a car. Being able to “afford” a vehicle means having money leftover for important things like savings and retirement funds.

Add back in the down payment and it means you could purchase about a $16,000 vehicle.

5. Save 20 times your gross income for a comfortable retirement

There are an infinite number of methods to calculate how much you’ll need to retire but a quick rule says to save twenty times your gross income.

The 4% rule says you start taking 4% out of your savings the year after you stop working. You then withdraw the same amount adjusted for inflation, which typically runs 3%, each year after that.

Some people say you have to draw down more nowadays but in general, this should help ensure your money lasts thirty years.

When added to your Social Security income, it should give you enough money to sustain yourself and pay your bills in retirement.

6. Put down 20% on a house and don’t borrow more than two times your income

Until the days of easy lending started around 2003, it was long a common practice for most homebuyers to make a 20% down payment.

At some point, down payment requirements fell and within time one could buy a home with as little as 3% down.

The danger in that is with so little equity in your home, if the value of the home declines, you could quickly end up “underwater” in your mortgage.

Most importantly, Foss says you should have money leftover so that you’re not house poor.

“So many first-time homebuyers stretch to make that down payment and cover their mortgage thinking they’ll make more money down the line but that doesn’t always happen,” she says.

Another general rule says your mortgage should be no more than two times your household income.

7. Subtract your age from 100 to determine what percentage of your portfolio should be in stocks

This old rule says to subtract your age from 100 to find out how much of your portfolio should be in stocks.

So a 40-year-old should have 60% of their portfolio in stocks with the remainder in bonds or cash.

While economic conditions can alter the performance of each, bonds typically offer investors stability and income while stocks deliver growth.

Stocks tend to carry more risk but can offer better returns in the long-run. This is why the younger you are, the more stocks you should have in your portfolio.

But because people are living longer nowadays, some say that you should subtract your age from 120. This would put you more in stocks which would give you more growth in your younger years.

It may seem counterintuitive to send money to the credit card company rather than invest it but in most cases, paying down the plastic earns a better return.

If you’re paying a 15% interest rate on your credit card, it is highly unlikely you’re going to match or beat that in any investment.

Best of all, unlike the stock market, paying down your credit card gives you a guaranteed return.

Read Also: 5 Types of Business growth of an organization

It doesn’t matter how much you make, how much debt you have or how much you’re saving elsewhere. If your employer offers a 401(k) with a match, you want to contribute enough to take full advantage of that match.

In most cases, the employer will offer a matching contribution of up to a certain percentage of your salary.

It’s an instant 50% return on your money.

“It’s an immediate guaranteed return on your money. No matter what you do, if you have an employer that matches funds, take full advantage of it,” he says.

10. Don’t take out more in student loans than you expect to make your first year on the job

Due to the rising costs of college and stagnant wages, this is one that many people will struggle with.

Student debt is skyrocketing and leaving many graduates with salaries that can barely pay the monthly notes. According to a report from the Institute for College Access & Success’ Project on Student Debt, the average borrower in the class of 2011 owed $26,600.

But there are many horror stories about students owing 6-figure debt loads that can eat up to 25% of their take home pay.

She says a good rule is to not borrow more than what the starting salary is in your profession.

Taking out $120,000 in student loans to earn $35,000 per year could create a financial ball and chain that could weigh you down for more than a decade.

“Before you get your doctorate in philosophy, think about what you’re going to do with it,” says Adam. “It’s a lot more fun to be able to pay your rent and your car note than to be living in mom’s basement when you’re 40.” 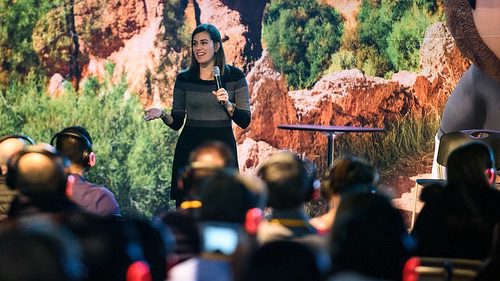 Amazing Reasons Why You Must Advertise your Business 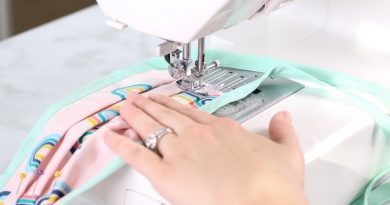 15 Sewing Projects to Make and Sell